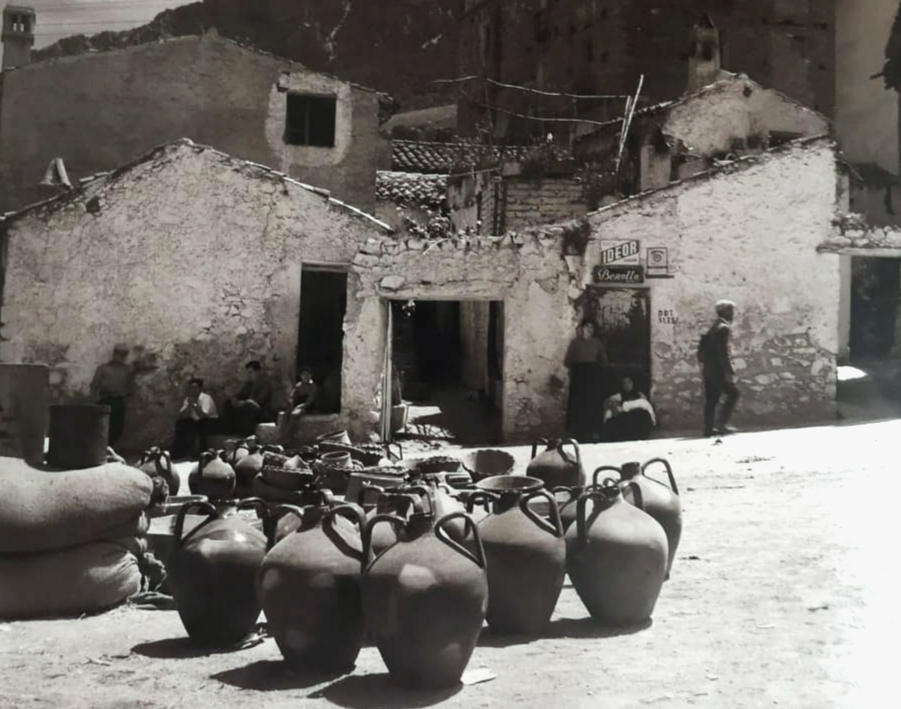 The archaeological data of Policastro Bussentino (Santa Marina, SA), also supplemented by recent research undertaken by the University of Genoa, provides evidence that since the Archaic period the settlement had taken on a pivotal role in controlling the most important trade networks along the coastal routes from the Gulf of Naples to the Messina strait. Furthermore, its port and the course of the nearby Bussento river guaranteed the smooth operation of the activities of a trade hub for the Diano valley, thus favouring a network of close relations with the sub-regional areas and the surrounding colonial settlements. Imported pottery arrived in Policastro by sea and was redistributed to the towns of the hinterland, while the latter and the colonies were producing imitation pottery instead. The structure of this commercial network remained substantially unchanged even during the subsequent phase of Lucanian occupation of the settlement and persisted until the foundation of the Roman colony of Buxentum in 194 BC, when new influences radically changed the social, cultural, and economic structure of the Gulf of Policastro.